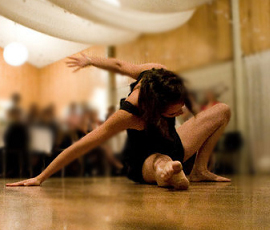 Xinia graduated in December 2010 with a Bachelor degree in Dance from AUT.
During her time studying she has performed as a dancer in TEMPO dance festival in both 2009 and 2010.
She has been involved in many other small dance projects and discovered an interest in Yoga, Pilates, Somatics, and dance photography.
In 2010 she worked with Black Grace Dance Company and continued to work with them in 2011 for the Auckland Festival and a Pacifica performance.
From 2009 onwards she has been a dancer, choreographer, and coach for the AUT Dance Company.