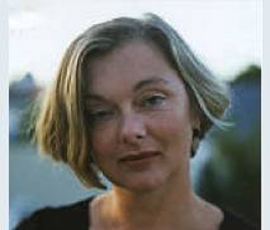 Stephanie Johnson’s training as an actress is evident in her powerful performance of her often political poems.
On National Poetry Day she also offers a preview from her up-coming novel, The Open World, set in 19th century Auckland and London, which has a link to the poetry of Byron.
A purposeful sense of such larger concerns balances novelist, poet and dramatist Johnson’s precision with the small details of situation, character and voice that give veracity and colour.
Co-founder of the Auckland Writer’s and Readers Festival, Johnson has published collections of poetry and short stories, and her numerous novels have received many significant awards.
Her dramatic work for stage and radio is similarly recognised.
Johnson’s writing is not restricted to any particular genre, and her subject matter varies between books, her style ‘marked by a dry irony, a sharp-edged humour’.
Her writing is recognized locally and internationally, and the awards she has been nominated for reflect her broad appeal.
Guest poet @ In VOICE and Music @ Pah 22 July 2011 National Poetry Day