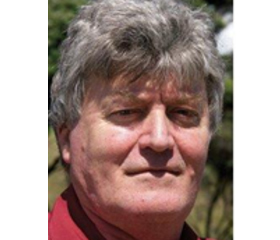 Michael Morrissey has published 22 books – these include 11 books of poetry and five works of fiction – the latest being a zany sci-fi and fantasy re-write of Romeo and Juliet in the mode of Lewis Carroll set in the far future called Tropic of Skorpeo. He was awarded a Travelling Cultural Fulbright Grant in 1981 and was the first New Zealand writer to participate in the International Writing Programme at the University of Iowa, USA in 1985. He was the New Zealand delegate at the famous International Pen Conference in 1986. He was the Writer-in-Residence at the University of Waikato in 2012. Currently he is working on a book of poems about the moon and writing a sequel to Skorpeo entitled General Swine and The Princess of Ebon.
Poem “WOODEN WEAPONS” published in Poems4Peace Anthology 2014.