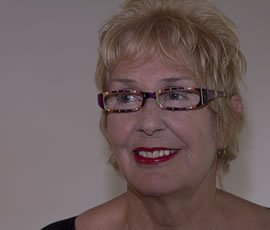 Maris O’Rourke has been writing 5 years and published in a range of journals in NZ and overseas. She has been well placed in a number of competitions including the Caselberg, Robert Burns,SIWA and the Kevin Ireland.
She has published in Takahe, Poetry New Zealand, Bravado, Shot Glass Journal (USA), International Literary Quarterly (UK) and Side Stream.
Maris has been a guest poet in Poetry NZ and ‘a fine line’ and her work was included in ‘Aotearoa Found in Translation’.
In 2010 she was runner-up in the Auckland NZSA Sonnet competition and awarded an NZSA Mentorship.
Maris’s first children’s book ‘Lillibutt’s Big Adventure’ was published in 2012 (Duck Creek Press) and her first poetry collection ‘Singing With Both Throats’ was published in 2013 (David Ling).
Maris has been featured on Radio NZ’s 9 to noon and Arts On Sunday. She has also performed her work widely including the Fringe Festival’s spit.it.out and the Writers and Readers Festival.
Her poem Three Firsts was a winning poem in poetry competition New Dialogues and New Beginnings and was published with Intruders at the New Dialogues and New Beginnings – Poetry Anthology 2013. Her poetry has also been published in “We Society” Poetry Anthology 2015.