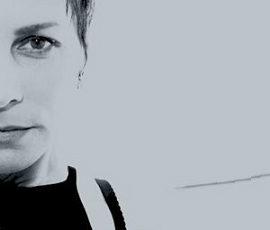 Donna is an award winning songwriter who’s songs are being hand picked as title tracks for albums reaping Grammy nominations.
She’s had her material translated to French and was a special guest of hit songwriter Don Mclean on tour in New Zealand in February 2011.
Donna has worked alongside an impressive list of America’s song writing legends including Don Mclean, Jimmy Webb, Dan Penn, Spooner Oldham, Russell Smith & The Amazing Rhythm Aces, Willie Nelson and other high profile American artists such as Blues man Eric Bibb and Austin, Texas singer-songwriters Catie Curtis, Eric Taylor and Terry Allen.
Donna shared a London gig and her guitar with L.A based songwriter Ben Vaughn (Composer, Producer, Recording artist of That 70s Show, Ween, Third Rock From the Sun, Alex Chilton and Swingers) who took a liking to her Gibson J100.
She recorded her award winning album ‘Money’ in Nashville with country rock band The Amazing Rhythm Aces with production help from Grammy Award winning songwriter and ‘Aces’ front man Russell Smith.
Although her fan base is Germany where she’s been touring for over a decade, Donna’s fifth album ‘What Am I Gonna Do?, is currently creating a stir with new fans in America.
The album received an amazing review from Americana-Roots Music authority ‘No Depression’.
Vocal comparisons are being made between Donna and Annie Lennox and Mary Chapin Carpenter. It seems the credit she deserves is finally being realised with industry people saying she’s up there with the great female singer-songwriters of the world.
Website Donna Dean Music