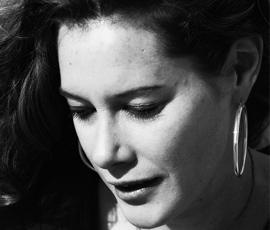 “You Have Reached Your Destination”
Behind the scenes and certainly under the radar, with next to no celebrity, publicity or posturing, Caitlin Smith has tirelessly and wholeheartedly devoted herself to musicin Aotearoa.
She describes her role as being ‘the underwire in NZ’s musical bra’, and being ‘a midwife’ to great songs and great voices.
Coaching our top vocalists – from Anika Moa to Tourettes, Smith also regularly performs to loyal fans and Festival audiences, writes the column ‘Finding your own voice’ for New Zealand Musician magazine and fosters a community of songwriters through her coaching, spellbinding live performances, student nights, guest appearances and collaborations (Concord Dawn, Sola Rosa, Andrew Fagan, Lorina Harding).