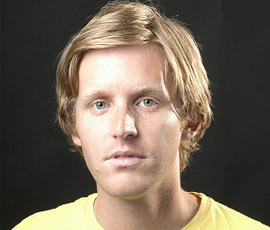 Brad McCormick made his performance poetry debut at ‘Poetry Idol’ in 2009 where he had a solid top 4 finish.
What followed was two years overseas where he didn’t write a single thing. But the ‘2011 Going West Poetry Slam’ made him break his writing drought and despite forgetting a huge chunk of one of his pieces at the heats (and even telling the audience this fact while on-stage), he made it into the final and won.
He lives in Kingsland with Nancy, his lovely girlfriend/muse/poetry-guinea-pig.