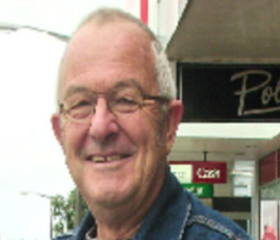 Jack is a Northland based poet who has been writing for about 5 years. Spending a lot of time on Northland’s Ripiro Beach it has become a place of reflection and rejuvenation. The son of Southland parents, his father was wounded at El Alamein and Cassino in World War 2. The impacts of that war on his father have shaped Jack’s views on war. He is influenced by Hone Tuwhare, Brian Turner and Robert Kaufman but speaks with his own voice.
Poem “25 April” published in Poems4Peace Anthology 2014.