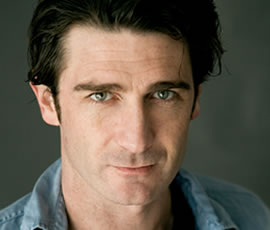 Over the last 18 years Grae Burton has developed an extensive successful career as a multifaceted theatre and film artist.
His previous work includes such production seasons as Summer Shakespeare Nelson (Producer and Artistic Director/Designer) and Director/Designer for Copacabana, Grease, Seussical The Musical, Charlotte’s Web, Joyful and Triumphiant, Blowing It, C’mon Black, Dog, Romeo and Juliet, Much Ado About Nothing, many tours of outdoor summer family theatre and a national tour of Homer’s Odyssey.
Between 2006 – 2009 he was Producer and Artistic Director of Nelson’s Independent Theatre and Arts Centre, a 160 seat box theatre and cinema, which he designed, built and managed and The Indie Theatre Company producing over 40 seasons of theatre.
This year he produced KICK ASS PLAYS and co-produced the feature film TALK for Auckland Fringe, while continuing to perform seasons of his solo show COFFEE WITH EELCO.