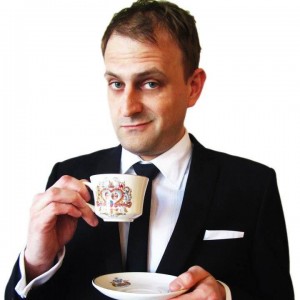 Comedy and beauty grace the poetry stage on Tuesday!

A voice that could launch a thousand ships! Come check her out!
Rasela is an Australian born, Kiwi bred singer/songwriter. She studied music at EXCEL School of Performing Arts as well as completing her Diploma of Creative Arts at M.I.T. Last year she released her first single ‘Summer Love’ which was followed by the music video clip funded by NZ On Air. She enjoys all aspects of Performing Arts and hopes to teach and be able to share that passion with others in the future. She also enjoys walks on the beach and is available Thursdays and Saturdays should any offers arise.

A man who channels Dr Seuss & James Dean!
Not my words. The words of esteemed publication “The Edmonton Journal” and who knows what kind of drugs they were taking.
Since taking his first tentative steps onto the Poetry Live stage Matthew Harvey’s poetry “career” has proceeded at a pace that at times could be described as glacial. That was too fast though and he had to slow down.
He has performed both here in NZ and overseas. Last year he toured the fringe festival circuit in Canada performing his show “Matthew Harvey is Dangerman!” in front of literally tens of people.
He likes long walks on the beach, Salsa dancing and has higher than the average number of legs for a human.