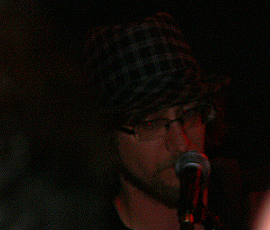 Christian was creative director of The Literatti.
He was asked to join the group after he took the Kerouac Effect poetry slam by storm in 2008.
He had his debut with the group as part of Word of Mouth at TAPAC later that year and has been creating mad genius with us ever since.
Christian is one of the power-houses behind the highly successful Metonymy Project, a collaborative project that sends a poet and a visual artist on a 6-week blind date, culminating in an exhibition.
He is one the co-ordinators of Poetry Live and directed the Global Eyes/Feet/Voice project.
His work has been published in such places as Snorkel, The Hay(na)ku Anthology, Otoliths and the De-Formed Paper.
His book, Zin Uru (soapbox press) was released in 2008.
Website